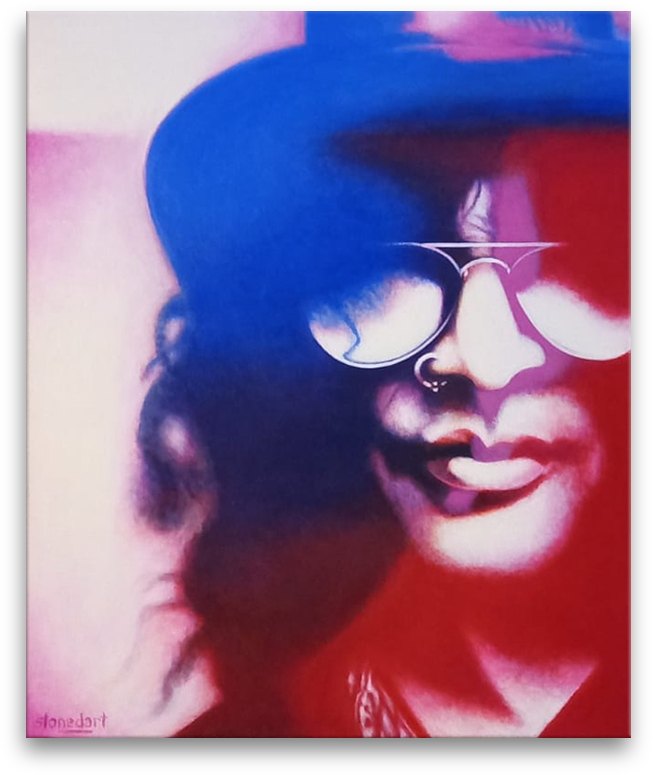 "Welcome To The Jungle"

Born Saul Hudson but better known by his stage name, Slash is best known as the lead guitarist of the American rockers Guns N' Roses, with whom he achieved worldwide success in the late 1980s and early 1990s. Slash has received critical acclaim and is considered one of the greatest rock guitarists in history.