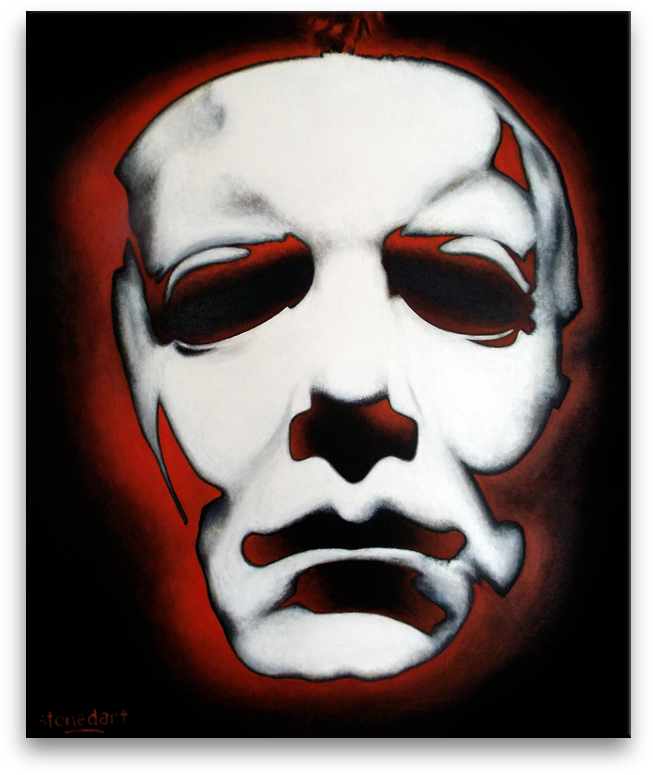 Michael Myers is a fictional character from the Halloween series of slasher films. He first appears in 1978 in John Carpenter's Halloween as a young boy who murders his elder sister before returning to murder more teenagers. The mask was originally made from a cast of actor William Shatner's face.